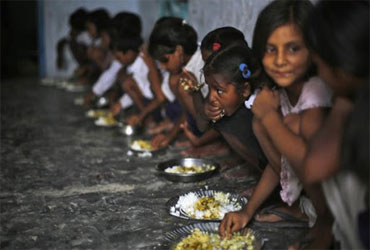 That children are especially vulnerable to adversities of all kinds including poverty of the family or the community is well-known. Even in a rich country like the United States, 22 percent of children under 18, more than one in five, live in poverty, estimates the National Center for Children in Poverty at Columbia University’s School of Public Health. Its research, not surprisingly, shows that poverty impedes “children’s ability to learn and contribute to social, emotional, and behavioral problems” and “risks are greatest for children who experience poverty when they are young.”

China, on track to surpass the US as the largest economy in the world in a decade, is concerned about the price of economic development paid by children. The argument is that protecting and promoting children’s well-being must figure prominently in poverty reduction efforts; otherwise, children end up being short-changed.

The China Development Research Foundation (CDRF) teamed up with the Asian Regional Network for Early Childhood Development (ARNEC) to convene an international conference in Beijing last month, during October 21-24. The theme was “Transforming Power of ECD for Equitable Development.” CDRF is the research arm of the State Council of China (equivalent to the Cabinet of Ministers in Bangladesh).

Among the invitees were early childhood development policymakers, practitioners, and activists from 33 countries. Bangladesh was represented by a strong delegation of 18 members led by the Minister of State for Women and Children Affairs Meher Afroze Chumki. The team included officials, members of the civil society and NGO representatives. This writer, as the chair of the Bangladesh ECD Network (BEN), had the privilege of attending the conference.